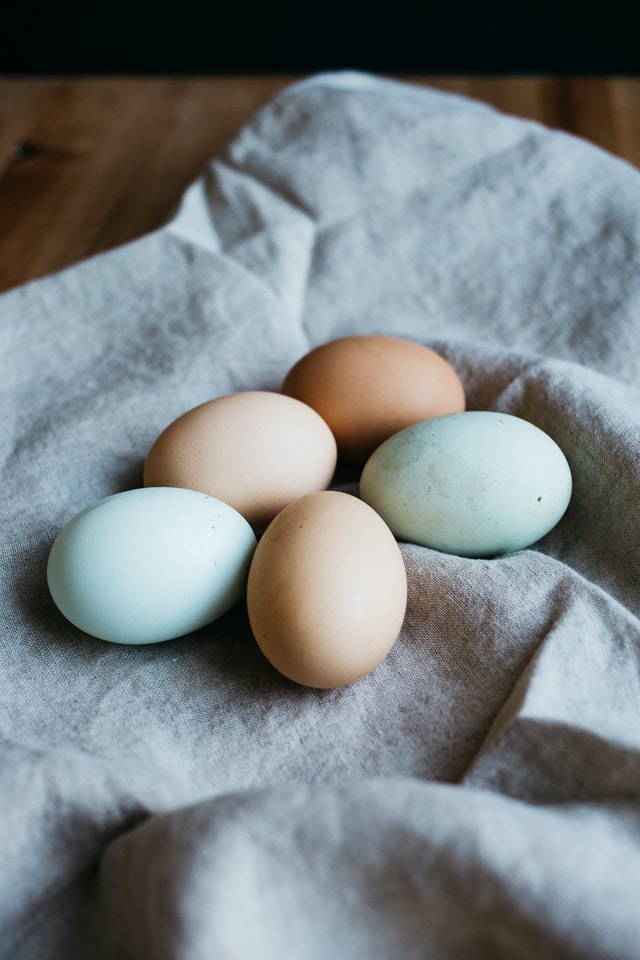 The Christian History of “Pagan” Easter

I bought Easter candy for my students. It was a mistake.

Although the students made a valiant effort to eat as much as possible, they left a few Reese’s Peanut Butter Eggs (a particular weakness of mine) in the candy basket. Needless to say, they didn’t last long.

Reese’s eggs are just one of many newer adaptations of older Easter traditions. Recent twitter posts have made me realize how much confusion still persists about these traditions. My favorite was a screenshot on March 6 of a white board explaining that “Easter is a pagan conspiracy” originating in the Middle Eastern cult of Ishtar and the ancient Babylonian empire . Another, posted on February 24, proclaims that eggs and bunnies are “fertility and sex symbols” that apparently existed in a pagan celebration christianized in the aftermath of Constantine.

Most Americans, according to a 2010 Barna poll, consider Easter to be a religious holiday. Yet, because of similar traditions about eggs and spring found in ancient cultures, belief persists that Easter has pagan roots (see websites like www.crossroad.to which originally linked to articles on christiananswers.net that I referenced last year but have since been removed).

I would like to assure you that Easter is a Christian holiday.

Yes, The Venerable Bede did write in the 8th century that the name Easter stems from the goddess “Eostre” who gave her name to the “Eostur” month. Historian Ronald Hutton, lamenting how Bede’s statement “has been so often quoted without any inspection or criticism,” stresses that “it is equally valid…to suggest that the Anglo-Saxon ‘Eoster-monath’ simply meant ‘the month of opening’ or ‘the month of beginnings’, and that Bede mistakenly connected it with a goddess who either never existed at all, or was never associated with a particular season, but merely, like Eos and Aurora, with the dawn itself.” As historical evidence for this “shadowy deity” evaporates, Hutton continues, all evidence for a March/April “pre-Christian festival in the British Isles” also evaporates. Not all scholars agree with Hutton’s dismissal of the Venerable Bede. But even if Bede is correct about the name of the Resurrection celebration stemming from the name of a pagan goddess (as some excellent scholars have argued), it does not negate the focus of the Easter celebration on the Risen Christ. Indeed, Christians were celebrating the Resurrection (just check out the Quartodecimanism Controversy, as Eusebius discussed in the early 4th century) long before Bede’s mention of the shadowy goddess “Eostre”.

Yes, eggs have existed as a symbol of new life in many cultures throughout history. The most direct historical link to Easter eggs, however, is not ancient Middle Eastern practices but rather Medieval European practices. Medieval French scholar Terence Scully explains this well in The Art of Cookery in the Middle Ages. “Because eggs were one of the most important foodstuffs covered by the dietary injunctions of Lent…the end of this long period of purification and abstinence…was celebrated by a blessing of eggs in church. These eggs, stained and gaudily decorated with the happiest of bright colours in anticipation of their return to the dining board, were exchanged as gifts among friends and relatives; quite naturally they became known as Easter Eggs.” Ronald Hutton relates how the household of Edward I distributed 450 decorated eggs during a 1290 Easter celebration; how thirteenth-century medieval villages gifted manorial lords with Easter eggs; and how, by the early modern era, Easter eggs were presented to poor children. In other words, the tradition of decorating eggs at Easter and giving eggs to children stems clearly from the medieval Christian practice of Lent.

So let me say it again, Easter is a Christian holiday. Similarities with pagan practices may exist, but the most direct links come from the medieval Christian world. The Easter bunny is perhaps the biggest exception. Once again, however, a pagan goddess is not the root of this tradition. The earliest reference to a rabbit bringing eggs is from a late sixteenth-century German text (1572). The earliest reference I can find linking Easter traditions with Bede’s “shadowy goddess” Eostre (Ostara) is from an 1835 account of the-famous-writer-of-fairy-tales-himself Jakob Grimm. Thus, the historical trail of evidence for the Easter Bunny begins in a world far, far removed from ancient paganism.

Just as the modern manifestation of the Easter Bunny is more firmly rooted in early modern Christian Europe than the world of an ancient pagan goddess, the Easter tradition represented by the Reese’s eggs I can’t help but eat have roots firmly entrenched in medieval Christianity.