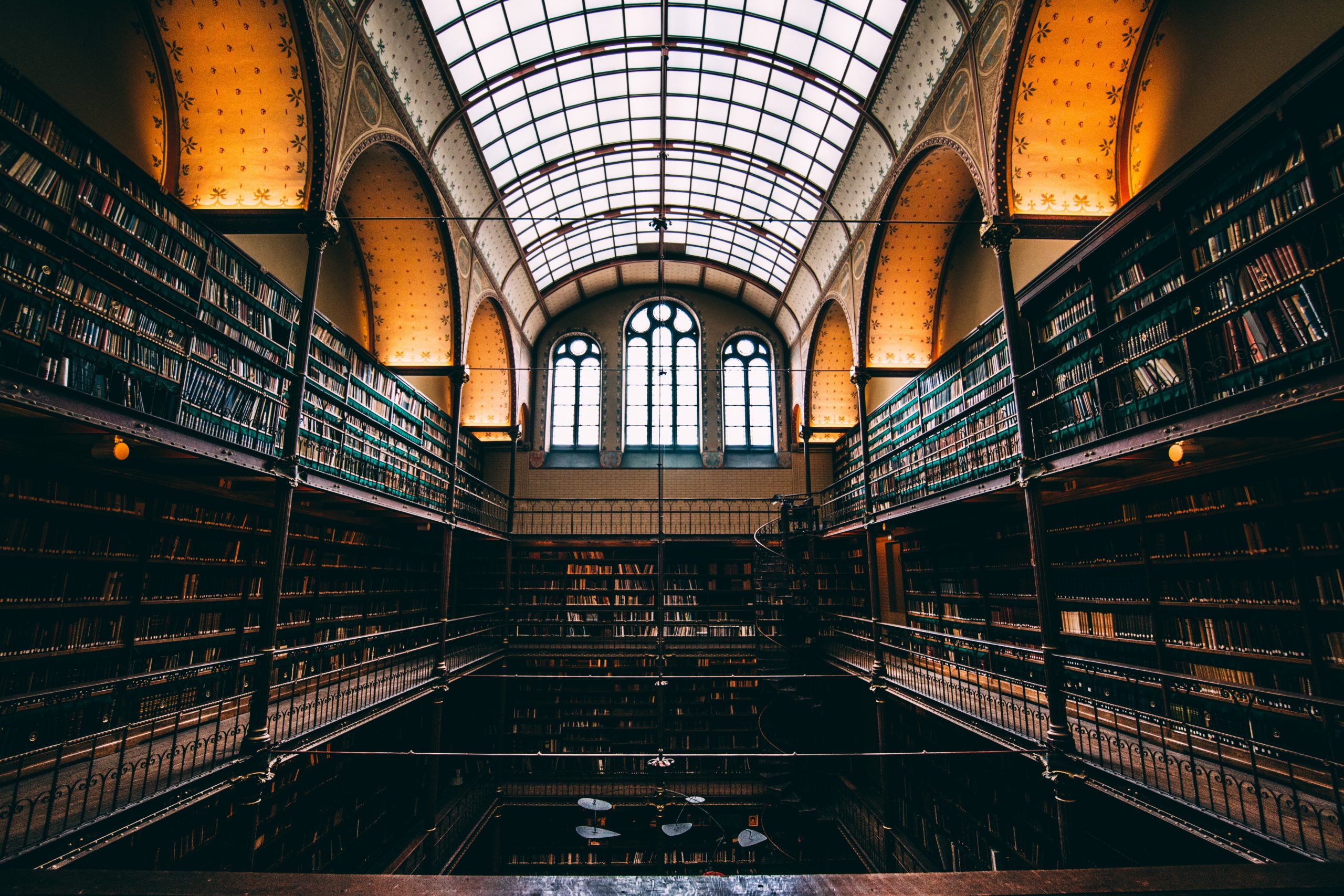 If, after my last post “Did Medieval Christians Know Jesus?,” you realized you had no framework for understanding the Investiture Controversy, Fourth Lateran Council, or even transubstantiation; or, while eating a stack of pancakes for dinner last Tuesday (Fat Tuesday), you realized you had no idea why you were doing so; or, maybe, as one of my readers commented, it never occurred to you to realize that medieval Catholicism was different from modern Catholicism (stay tuned!); or, perhaps you totally embarrassed yourself by telling a co-worker she had dirt smudged on her forehead last Wednesday (Ash Wednesday)…then this reading list is for you.

My goal was simple. I wanted an accessible and affordable reading list that would help an evangelical and mostly non-academic audience better understand medieval Christianity. My criteria was threefold: 1) excellent scholarship 2) accessible to non-academics 3) affordable. While academics (especially those of us working in ancient and medieval history) may not blink an eye about books costing upwards of $40 and $50 (heck–my first book costs $90–very sorry), I know most folk are more price conscious and so I tried to keep the price tags as low as possible. I also decided to break the reading list into two sections. This first section is scholars talking about medieval life and medieval Christianity in ways that I think would be especially helpful. The second section (which I will publish in two weeks) will be selections from medieval writers talking about their faith and world.

Oxford University Press has hit gold with its “Very Short Introductions” series. OUP asks top-notch scholars to introduce a more general public to specific historical topics and conversations. Miri Rubin, a leading social and cultural historian of medieval Europe and professor at Queen Mary University of London, has written extensively on issues of medieval identity, community, gender, and religion–including Corpus Christi: The Eucharist in Late Medieval Culture and The Mother of God: A History of the Virgin Mary. In her introduction to The Middle Ages, Rubin walks readers through the political, social, and religious landscape of medieval Europe. Although this is a broader history, Rubin understands how significantly religion shaped medieval life and thus provides an excellent foundation for readers specifically interested in medieval Christianity. Indeed, she sums up the heart of medieval Christianity in the opening to Chapter 3 The Big Idea: Christian Salvation: “Christianity offered a route to personal salvation within a community of believers, thanks to the saving grace brought to the world by the Incarnation, the birth of God as the man Jesus.”

Ian Mortimer, The Time Traveler’s Guide to Medieval England: A Handbook for Visitors to the Fourteenth Century (Touchstone). $13.99 Kindle; $6.84 paperback.

My students love this book. It is not censored, so if you are a more protective parent I would recommend you read it first before handing it off to your pre-teen. But it is an engaging introduction to medieval life that helps you get what it would have been like to walk the streets of London and even travel as a pilgrim. Ian Mortimer, a free-lance historian (PhD and D.Litt University of Exeter) and Fellow of the Royal Historical Society and Fellow of the Society of Antiquaries, writes that his goal is to help readers better understand the medieval world by introducing it to them as actual visitors. As he writes in the introduction, “W. H. Auden once suggested that to understand your own country you need to have lived in at least two others. One can say something similar for periods of time: to understand your own century you need to have come to terms with at least others. The key to learning something about the past might be a ruin or an archive but the means whereby we may understand it is–and always will be–ourselves.” It privileges the male experience, but if the bulk of your knowledge about the medieval world comes from Monty Python or Netflix, you should definitely read this charming and informative medieval travel guide.

I remember when Judith Bennett, my dissertation advisor, was writing this book. I also remember reading it for the first time and thinking how disappointed fans of Michael Crichton’s Timeline would be…. Judith Bennett is Professor Emerita at both the University of Southern California and the University of North Carolina at Chapel Hill (where I worked with her). She is one of the most distinguished scholars of medieval English social and women’s history. And she wrote A Medieval Life specifically to help undergraduate students better understand what life would have been like for most medieval people. For those of you envisioning the medieval era through the eyes of knights and noble ladies, this book will substantially widen your perspective. Unfortunately this book is out of print, but inexpensive copies are pretty easy to find online.

I confess I have not read this book yet, as it is not yet published. It will be released very shortly and I have high hopes. G.R. Evans is Professor Emeritus of Medieval Theology and Intellectual History in the University of Cambridge. She has published extensively in medieval theology and religion, including authoring one of the most readable texts on medieval theology. The crux of her study, according to the publisher description, is: “What did people really believe in the Middle Ages?” Based on the statements from the church history curriculum which inspired me to write this reading list, I think “What did people really believe in the Middle Ages?” remains a gaping question for most modern Evangelicals. Maybe we should all read this one together…

I have read this book at least three times, and have had it vetted by several graduate students. My Baylor colleague and fellow Bencher Philip Jenkins has even reviewed it. This is probably the best current overview of medieval Christianity. Kevin Madigan is an excellent scholar, the Winn Professor of Ecclesiastical History at Harvard Divinity School, and–as Philip Jenkins writes–he has “produced a richly informative book that provides readers an excellent sense of the state of the scholarship on these long centuries.” Madigan roots his study in the early Christian world before launching into a fast-paced and highly readable walk through Western Medieval Christianity–from the barbarian conversions through monasticism, Charlemagne, the Crusades, the development of the sacraments, the rise and fall of heresy, the growth of papal power, relationships with Jews, and even through late medieval attempts at reform. Madigan remembers to include women, even if less often than I would like, and does an excellent job in synthesizing recent scholarship. Readers who tackle Madigan will have no problem understanding references to Fourth Lateran Council or the papacy (and if you forget, you can always look it up in his index).

I thought hard about the inclusion of this title. On the one hand, as I have already discussed, Evans is an excellent medieval historian. I also really like both her perspective (that the Reformation era cannot be understood without contextualizing it within the medieval past) and her general thesis (that the Reformations should be seen more as another chapter in the continuing story of church reform rather than as a revolutionary watershed). As Evans writes, “What happened at the Reformation? What did it ‘reform’? We see the sixteenth century now as a time of radical change, but looked at in the context of the history of disputes among Christians, it turns out to be an episode in a much longer story.” With her clever wit, easy prose, and keen historical acumen, Evans helps her audience better understand how the medieval context of church, faith, and the Bible shaped the reformers. Along the way she also helps answer some of the most common questions I hear asked about medieval Christianity: Why did medieval people baptize babies? How much power did the pope really have? And, of course, who was John Wycliff and what was his connection to the Reformation? On the other hand, however, this book had a troubled beginning. The first edition was so rife with factual errors in the Reformation section (dates, people, etc.) that IVP pulled it and returned it to Evans for revision. She complied, and the second edition has been much better received. So, as long as you read the second edition, I agree with the Books & Culture review that “this learned, humane, and vibrant book deserves a place among your favorite church history texts.”