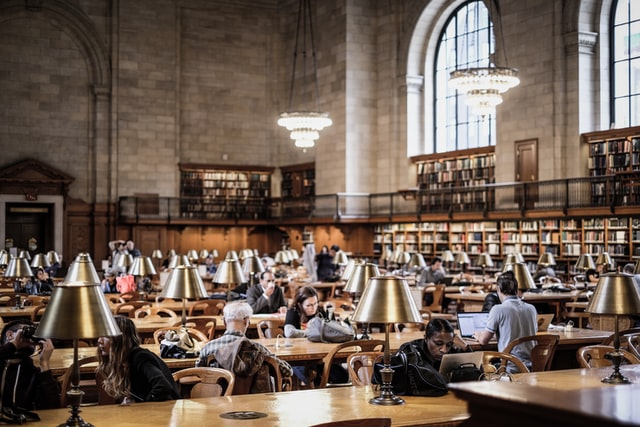 It was during a major academic conference. A male colleague alerted me that a female graduate student had left the reception early. A fellow conference attendee had cornered her and began making sexually inappropriate advances—both physical and verbal. Luckily one of her male friends realized what was happening and intervened so that she could escape.

When I checked on the graduate student to see if she was okay, her response saddened me.

“Oh yes- that,” she said, “I’m fine…Not the first time it has happened at a conference. I just left, so all is fine.”

Caroline Fredrickson recently stated in The Atlantic that the “open secret in academia is how many women face sexual harassment on a regular basis.”
She’s right. Just like the experiences of the female graduate student, sexual harassment at academic conferences is a normal occurrence. Statistically (according to the AAU) at least 1 in 10 female graduate students have been sexually harassed by faculty members. I suspect the number is much higher. While sexual harassment unfortunately happens everywhere, it has been a serious problem at academic conferences for a long time. I could not find statistics for academic conferences in my discipline (history), but I did find a recent survey of attendees at science meetings. The findings are absolutely terrifying:

60% of conference attendees have experienced sexual harassment at a conference during their career.

84% of those who experienced harassment reported comments made about their appearance.

39% were touched, groped, or grabbed.

In short, the majority of women reporting in this survey experienced sexual harassment when they attended science meetings.

This should make us pause.

Especially when we consider that the sexual predators at academic conferences are mostly people we know. In a 2011 blog post, “What is to be done about sexual harassment in the philosophy profession,” three male philosophers responded to the wake-up call sounded by women in their discipline. They suggested that the academy can and should actively fight against sexual predators, especially since we mostly know who the sexual predators are. As they wrote, “There are many important figures in the profession whom their colleagues and students know to have engaged in various forms of sexual harassment on multiple occasions. Many of us have heard first-hand accounts of harassment from those who have been harassed; almost all of us have heard second-hand accounts from those who know the harassers or the harassed.”

We know the men who sexually harass women in academia.

When I went to my first academic conference, I received two pieces of advice: 1) don’t go over the time limit on your paper 2) never go to the reception alone. I was then told specifically about some male academics who had bad reputations. “Don’t ever have drinks with them.” Most members of academic conferences, who attend conferences regularly, have stories about either being a victim of or a witness to sexual harassment.
Most members of academic conferences also know the negative impact these encounters have on women. A 1998 article in the Psychology of Women Quarterly outlined the “significant negative effects of harassment and assault on perceptions of academic climate.” Katie Hinde, Robin Nelson, and Julienne Rutherford (professors from Harvard, Skidmore College, and University of Illinois at Chicago) investigated the impact of sexual harassment in STEM fields. They not only uncovered staggering high rates of sexual harassment for female field researchers, but also suggest this could be a reason that women leave STEM fields. “We know empirically from past research that when [sexual harassment] comes from up the hierarchy, when it comes from superiors, it has a potent effect on psychological well being, work productivity and motivation for work. This should be part of the conversation that’s being had about why women aren’t staying in STEM fields,” said Katie Hind. Women involved in field research were found especially vulnerable because they were away from the protections afforded on the university campus and were often alone. These circumstances also fit academic conferences—women are away from the university, often alone, more vulnerable to sexual predators.
I think it is time we stop whispering about sexual predators and do something about them.

Here is my serious proposal:

1) We need clear guidelines. All academic conferences need specific guidelines on how to deal with sexual harassment at conferences. We need to know the reporting process (among other advantages, this will help create a paper trail to identify repeat offenders), and we need an on-site person who handles these situations at conferences. Kelly J. Baker, editor of Women in Higher Education and a Religion PhD, argued in 2015 that academic conferences should consider codes of conduct. As she writes, “I still attend my annual disciplinary conference. I skip the big receptions for members, so I don’t get hit on. I dread the Q&A at every panel, in which I present. Would a code of conduct make me feel better about attending? Maybe. I would know that the conference organizers cared about my well-being enough to call out bad behavior. At least, I would feel like someone had my back.” Academic conferences should always have the “backs” of female scholars when it comes to sexual harassment.

2). We need better education. Do our graduate students know what is sexual harassment? Do they realize that unwelcome comments about their appearance and statements made about their bodies during session Q&As are harassment? The American Historical Association has a good start for discussions about harassment on their website:

“In particular, it precludes any harassment or discrimination, which is unethical, unprofessional, and threatening to intellectual freedom. Harassment includes all behavior that prevents or impairs an individual’s full enjoyment of educational or workplace rights, benefits, environment, or opportunities, such as generalized pejorative remarks or behavior or the use of professional authority to emphasize inappropriately the personal identity of an individual. Sexual harassment, which includes inappropriate requests for sexual favors, unwanted sexual advances, and sexual assaults, is illegal and violates professional standards.”

3). We need better vigilance. We need to be on the look-out for sexual harassment at places like conference receptions and we need to be ready to intervene.

4). We need to speak out. Sexual predators keep attending our meetings because we let them. Victims need to be able to speak out without repercussions. While there is always the danger of false accusations, there is an even greater danger of people like Harvey Weinstein being allowed to continue harassing and endangering women. I think we should consider the serious proposal advanced by the three philosophy professors in their 2011 blog: shun Harvey Weinsteins from academic conferences.

“It is impermissible to stand by while women—and occasionally men—in our profession are subjected to intolerable behavior,” wrote philosophers Mark Lance, John Protevi, and Eric Schliesser. “We believe there are informal sanctions that could make a difference. The Feminist Philosophers blog recently suggested not inviting serial harassers to conferences. One could easily extend this to not inviting them to publish, not conversing with them at conferences, advising students to avoid their graduate program, etc. We can hope that such informal shunning would have a significant effect.” Just yesterday, in an email sent to their membership, the Sixteenth Century Society Conference rescinded the Bainton Book Prize in Art and Music History after learning that the 2017 recipient, Jaime Lara, had been defrocked 25 years ago after his involvement in a child-abuse scandal while serving as a priest in Brooklyn. This is a solid example of a professional organization making a public stand against sexual predators.

5). Finally, and I am speaking to especially Christian organizations here, we should NOT implement the so-called Billy Graham rule. I have argued before, and I will continue to argue, that women are human and should be treated like humans. Talking with female colleagues, meeting with them, having perfectly appropriate dinner/lunch/or drink meetings with them at conferences and at work are normal and necessary for female advancement in the academy. Avoiding female colleagues to avoid the “appearance of evil” harms women instead of helping them. If you implement the Billy Graham rule against your female colleagues, you are creating a whole new problem that still involves discriminating against women.

In 1694 Mary Astell argued in her A Serious Proposal to the Ladies that because women are intellectual equals with men, they should receive education on par with men. Yet, more than 300 years later, women’s advancement in higher education is still being harmed by men who cannot see beyond the female body. Perhaps we can’t change the way these men think. But we can keep them from harming women at academic conferences. It is time, in the words of The Atlantic, for the “Harvey Effect” to reach Academia.