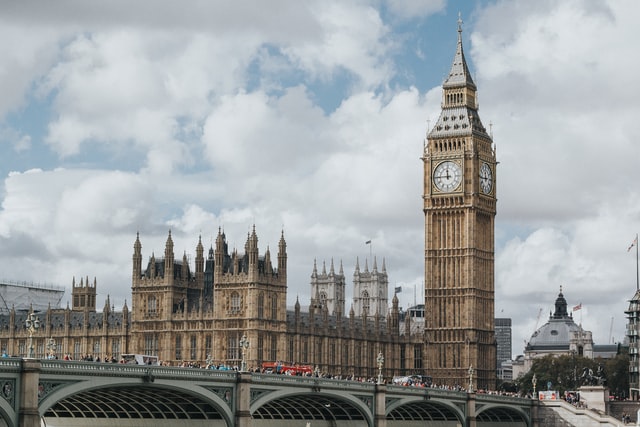 Should Women Rule? Netflix’s The Crown and Complementarian Theology

Riding the London Eye is deceptively peaceful. The city that slowly unfolds below seems a different place from the noise and heat of the crowded South Bank. I always look first for Cleopatra’s Needle, the 3500 year-old Egyptian obelisk shipped to England in the nineteenth-century and hoisted along the Victorian Embankment Gardens. The startling incongruity of this ancient African monument standing in the heart of ultra-modern London always fascinates me. But the revolving capsule doesn’t let you stare at one place for too long. Soon my gaze is forced to return to the Thames itself winding through the city. Did you know, on a clear day, you can see for 25 miles? You can see all the way to Windsor Castle.

I had a better appreciation for Windsor Castle this year. It isn’t just because I have been before (although that certainly helped). It is mostly because I have become interested in the history of the British aristocracy. I would like to say my interest is because of some erudite experience or a current research project. But that wouldn’t be true.

It is because I binge watched The Crown.

If you haven’t seen it, The Crown debuted on Netflix in November 2016. The story follows the early regnal years of Queen Elizabeth II. I watched the first episode mostly because a good friend (and fellow British scholar) told me I needed to and because all my graduate students had seen it. But that was enough to hook me (which really surprised me because I never could get into Downtown Abbey and gave up on Victoria by the third episode).
Despite the compelling story and tantalizing (not to mention sometimes historically accurate) glimpse into the private life of England’s longest-reigning monarch, however, one aspect of The Crown really bugs me: the assumption that Elizabeth’s regnal authority created tension in her marriage.

Elizabeth’s position as queen, implies the show, upended the traditional marriage hierarchy and kindled resentment from her husband. Royal Historian Carolyn Harris writes that, in The Crown, “Marital tension is an almost constant theme, as Elizabeth is depicted struggling to balance 1950s expectations of wives and mothers with her role as queen.” One really good example of this occurs during the preparation for Elizabeth’s coronation. According to the show, Philip opposed kneeling to Elizabeth during her coronation as it would publicly highlight his subordinate role. Philip demanded that Elizabeth, as his wife, release him from this duty. Her refusal, as his queen, creates a dramatic scene brimming with tension and historical inaccuracy. While historical evidence does not suggest Philip resisted kneeling before Elizabeth, it does suggest the opposite: that Philip, as a member of the Greek royal family, would have been fully aware of his royal obligations and fully prepared to fulfill his public duties.

Of course conflict existed in this royal marriage. Philip did want his children to carry his name, Mountbatten, and this was denied him by both Elizabeth and Parliament. Certainly this caused marital tension! But was the tension because Philip perceived Elizabeth’s role as Queen to be undermining his patriarchal authority? Probably not. Indeed, I would argue that Carolyn Harris has hit the nail on the head in regards to The Crown. The show, she writes, reflects “21st-century expectations about women in leadership positions. Contemporary audiences assume that a young woman in power–regardless of the era in which she rules–would necessarily be filled with self-doubt, and be forced to spend much of her time winning over skeptical men.” Harris is prudent to remind us that TV shows are “shaped by the circumstances of the era they were made as well as the time periods portrayed on screen.” To demonstrate her point, Harris connects The Crown’s depiction of Elizabeth II to the still significant absence of women in modern politics and even the dramatic defeat of Hillary Clinton in 2016. “In this context, it’s only natural that modern audiences expect young female rulers surrounded by a male political establishment to face skepticism and self-doubt in any era. A confident young queen embraced by her subjects is difficult for us to imagine.”

I can’t help but wonder if modern Christian ideas about appropriate gender roles also play a part in The Crown’s depiction of Elizabeth II. In the 1970s and 80s, as I have discussed before, some conservative evangelicals begin to argue that male headship was a defining aspect of God’s creation. While history testifies to a long and complicated emphasis on female subordination, both inside and outside of the Christian tradition, the idea that the subordination of women is written into God’s eternal design for the universe is rather recent. Instead of the subordination of women being rooted in the Fall, as medieval and early modern theologians argued, the subordination of women literally was woven into female DNA when God created Eve. As such, this gender theology (called complementarian by its developers) rejects women’s exercise of authority over adult men. As John Piper has so famously argued, “To the degree that a woman’s influence over a man, guidance of a man, leadership of a man, is personal and a directive, it will generally offend a man’s good, God-given sense of responsibility and leadership, and thus controvert God’s created order.” Women, in short, should not exercise authority over men–especially not their husbands.

The Crown’s tension-filled scene of Philip kneeling before the throne of his wife seems to encapsulate Piper’s argument: the personal and directive (and very public) authority exercised by Queen Elizabeth II over her husband Prince Consort Philip was clearly portrayed as offending Philip’s ego (his “good, God-given sense of responsibility and leadership”?). Indeed, according to complementarian theology, Elizabeth’s role as reigning monarch of England and the head of the English church would have caused marital stress because both “controverted God’s created order.” Wives should remain under the authority of their husbands and women should remain under the spiritual authority of male pastors. Philip had the right to be upset.

Except Philip in 1953–more than 30 years before the official birth of complementarian theology–wasn’t offended: just check out the scene from the actual coronation. Elizabeth II faced obstacles during her early reign, but her husband, her people, and even Elizabeth herself questioning a married woman’s right to rule was probably not one of them.

Today complementarian theology has become rather common in the U.K.

The Church Society, an evangelical Anglican association emphasizing the evangelical “foundations” of the Church of England, for example, provides a “Complementarianism Resources List” designed to be “particularly useful for lay people for whom complementarianism is a new idea.” A 2017 article in Church Times, a weekly Anglican newspaper based in London, similarly highlights the growing popularity of complementarianism. It describes some recently-developed challenges which face conservative women interested in ministry vocation–either they are denied/discouraged from positions by the Anglican church because of their conservative values or they decline/and are discouraged to pursue ministerial vocations because of their complementarian beliefs. The result is fewer Evangelical women training for the diaconate. As the article states, “Almost no conservative Evangelical women are [currently] training, or being put forward for ordination, even to be permanent deacons.”

In other words, The Crown —“a lavish–and thoroughly British affair”–was created in a cultural environment increasingly familiar with the conservative gender theology of complementarianism. Should we be surprised that The Crown seems to reflect this theology? The Crown’s Elizabeth seems uncertain about her own authority, reliant on male advisers, and–because of her job as queen–in continual conflict with her husband. All of these characteristics fit complementarian anxiety about female authority.