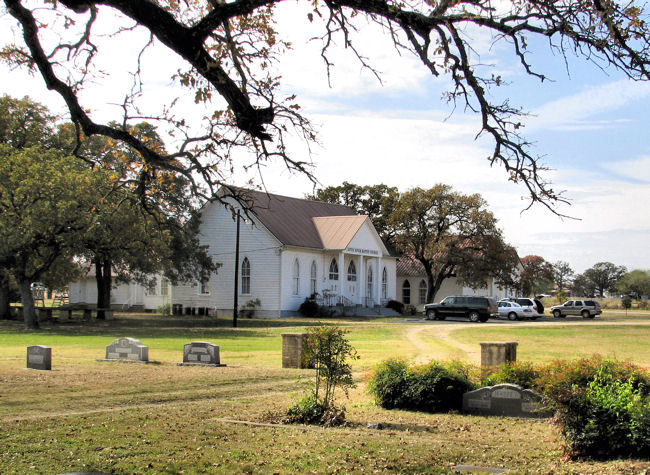 The Divorce of a Pastor’s Wife in 1860 Texas

This is from my Anxious Bench archives. I am working hard on book chapters, but never fear I will be back soon. I wanted to post this again for two reasons.

First – it is one of my favorite local history posts (that probably many of my readers haven’t seen, since it is from 2016), and I thought it was poignant given Wayne Grudem’s recent public change on his stance on divorce. He just admitted that divorce is probably okay in the case of abuse. Delilah Morrell’s story shows us how differently protestants have regarded topics like divorce over time. I don’t think we would accuse the nineteenth-century Baptists at Little River Baptist church of not taking the Bible seriously or not being the “true church” (as Owen Strachan recently seemed to declare was accurate only for those who agreed with him). Yet they thought rather differently about divorce than Wayne Grudem.

Second – I wrote this literally the week before our world shattered. Just one week after this in 2016, my husband was suddenly fired from the church he had served as youth pastor for almost 15 years. For those of you who don’t know this story, you can read about it here and here. I remember being so careful in this post, as I was writing it, to make sure that I told the historical truth but also trying to make sure I wouldn’t say anything that would jeopardize our ministry. We have a much better perspective now, over three years later, and I am grateful to be free as a writer.

I went to a perfect wedding last weekend.

It was deep in the rural heart of Central Texas. Wide open fields dotted with cattle and the occasional John Deer tractor were broken by scattered farm houses. The roads were narrow and dusty; population signs for the small towns counted inhabitants by the hundreds; and notices posted at the reception (held in one of the nearby small towns) warned guests to keep all alcoholic beverages inside the church fellowship hall instead of the other way around.

The ceremony itself took place at a historic 19th-century church—Little River Baptist Church. With its bright white beaded wood and tall Gothic windows, the 1873 church building still looks today much as it did at the turn of the century. A true communal effort, the church was built during the spare time of dedicated congregants working with the local Masonic Lodge. In 1906 the building was expanded to accommodate the largest congregation in Milam County.

A tombstone for Delilah Morrell, 1804-1883, stands tall in the cemetery surrounding the church. It isn’t the oldest grave marker. A few other tombstones date from 1866, some perhaps earlier. But Delilah Morrell’s stone marks more than a memorial to her life. It also testifies to a fascinating event from the early history of Little River Baptist Church: the divorce of a pastor’s wife.

Delilah Harlan, a widow, married Z.N. Morrell, a widower, on October 27, 1845. Delilah then helped her husband found Little River Baptist Church in 1849. Morrell became the first pastor of the new church and, hence, Delilah became the first pastor’s wife. In 1857 Delilah gifted several acres of land to the church, including the site for the first church building (a log cabin) on which the historic church today still stands. When she died in 1883, Delilah Morrell’s grave was marked prominently in the cemetery of the church to which she had dedicated more than 30 years of her life.

Delilah’s dedication to her husband, Z.N. Morrell, proved less enduring.
Of course, for both Texas historians and Texas Baptists, Z.N. Morrell is a legend. J. L. Walker and C. P. Lumpkin wrote, in their History of the Waco Baptist Association of Texas, that when “Elder Morrell” sold his land in Mississippi and moved to Texas, “no grander man ever came.” Known as the “Wildcat” preacher, Morrell planted churches in Mississippi, Texas, and Honduras; fought as a frontier soldier (including against the Mexican army); raised funds for a Baptist university close to my heart (Baylor University); rode as a circuit preacher; and even wrote a full account of his work as a Baptist missionary – Flowers and Fruits in the Wilderness (1872).

Indeed, one modern columnist has called Morrell “a pioneer Indian preacher who could quote scripture while loading his rifle.” Possibly enamored with his impressive reputation and probably confident in his husband-quality (as he has been married to his first wife for 22 years before she died in 1843), Delilah Harlan married this Wildcat Baptist preacher.
It was shortly after their marriage in 1845, however, that Morrell accepted an appointment as a state missionary by the Domestic Mission Board of the Southern Baptist Convention.

His job included church planting (hence the founding of Little River Baptist Church), organizing Baptist associations (including the first Texas convention of Baptists in 1848), and regularly making the long and arduous 300-mile round-trip (circuit) on horseback from Cameron to Corsicana – preaching and policing Baptist beliefs. Morrell preferred this peripatetic, unpredictable, and potentially-dangerous lifestyle of a circuit-preacher to that of a settled pastor. As Baptist historian Steve Sadler wrote in his 1980 thesis, “Morrell succumbed to the personal habit of leaving a status quo environment for one that was unsettled, new, and capable of offering personal excitement.”

In other words, he was rarely at home with his wife.

When he did return, it was usually because he was sick and needed Delilah to nurse him back to health. After 15 years of this, of never knowing when (or if) her husband would come home, Delilah called it quits. She asked Little River Baptist Church to allow the termination of her marriage. As she wrote to the church disciplinary committee, she considered herself “parted” from her husband. Modern members of the church still whisper that it was the extreme distress Morrell’s long absences caused Delilah that convinced Little River Baptist Church to help her, despite the non-scriptural basis of her request. So, in 1860, they allowed Delilah Morrell to divorce their church founder and first pastor. Z.N. Morrell was also exonerated of wrong doing (i.e. he could still preach), but he ended his membership with Little River shortly after.

This story fascinates me.

First, it fascinates me because of the larger historical context. Baptists in 1860 were at the cusp of a crackdown on divorce laws. As historian Rufus B. Spain has written, “Baptists considered marriage an institution of divine origin, initiated by God in the Garden of Eden and validated by Christ at the marriage feast in Cana. The increasing divorce rate in the late nineteenth century was therefore of grave concern to Baptists. To combat this trend they stressed the absolute necessity of strict compliance with God’s marriage laws.” Some baptists in 19th-century Texas practiced “churching” (exclusion from membership and access to ordinances) against immoral members-drunkards, criminals, and those who got divorced. Indeed, churching was enforced at the First Baptist Church of Dallas in 1877 when a woman divorced her husband for “lunacy” and then remarried; she was excluded from the church. A meeting of the San Antonio Baptist Association in 1898 affirmed an equally rigid position on divorce, stating that “ministers and members of Baptist churches…forbid divorce for any other cause than adultery or fornication, and do not authorize remarriage of the divorced.” Contemporary Baptist attitudes towards divorce seem clear – it wasn’t allowed, except for sexual sin.

Which is the second reason why this story fascinates me: because of how Little River Baptist Church responded to a woman in need. A woman whose situation had a ready answer in scripture (Matthew 5 and 19). The leaders of Little River Baptist Church, however, didn’t limit their response to Delilah to rigid interpretations of scripture. They didn’t condemn her. They didn’t ignore her. They didn’t even dismiss her. Rather, they heard her story. They allowed her divorce.

Recently I read a dissertation about how rigid interpretations of scripture affect women. You know, those easy-to-interpret passages about wives being submissive and women not holding authority over men. The results disturbed me. Women in this study who accepted complementarian teachings (that they were divinely ordained to be submissive to men and under male authority) had lower self-worth and more feelings of inadequacy than women who leaned toward egalitarian readings of scripture. As the abstract states, “the data demonstrates that women with higher patriarchal attitudes have lower capacity for normal, healthy openness and self criticism and lower personal self-worth.” These findings correlate with other research about highly conservative women manifesting lower self-esteem and lower educational goals.