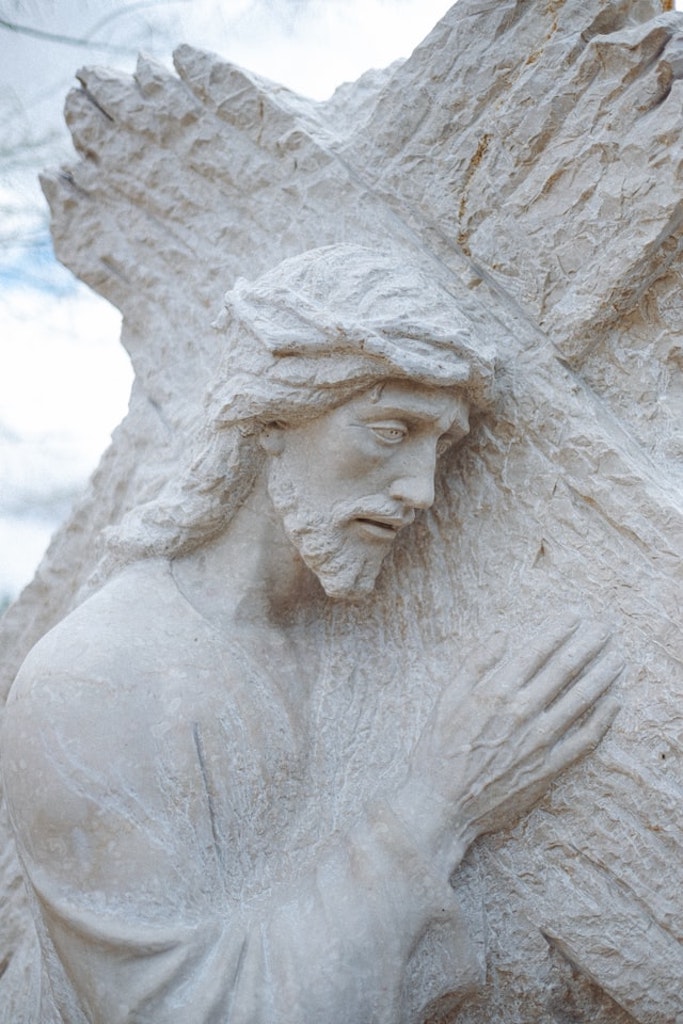 What Will Evangelicals Say to Jesus?

“White Jesus has blood on him.”

Angela Tarango, Associate Professor of Religion at Trinity University, said this during the Conference on Faith and History’s 2019 panel for the American Historical Association meeting in Chicago last weekend. The panel (which I was so excited to have organized) featured Jennifer Graber’s excellent and provocative book The Gods of Indian Country: Religion and the Struggle for the American West.

On the one hand, she is spot on. Christians, as Dr. Graber’s book shows so well, betrayed Native Americans. They broke promises, stole land, and destroyed communities. As Graber writes, “They argued that the gifts bestowed by Christianity and civilization outweighed the pains that accompanied the denial of freedoms, the destruction of communities, and the theft of resources. In order to secure Indian Country and control indigenous populations, Christian activists sanctified the economic and racial hierarchies of their day.” White Christian settlers claimed the name of Jesus while murdering the lives of Native Americans and destroying the Native American way of life. It was Baptist pastor Thomas J. Morgan, for example, who argued that the government trumped parental rights for Indian families. “Shall we say that, after having made this abundant provision [for schools] and having offered to the children, we will allow those who are still savages in their instincts, barbarians in their habits, rooted in conservativism,–that we will allow them to keep their children out of these institutions of learning, in order that they may be prevented from becoming like white men and women?…I say, No.” (p. 177)

On the other hand, I know that Jesus didn’t do this. As Dr. Tarango distinguished, it is white Jesus who has blood on him. It is white Christians who committed these crimes. It is white Christians who used their faith to oppress, dehumanize, and murder their Native American brothers and sisters also created in the image of God. Graber reminds us that Native American activists tell “painful stories about the role that missionaries, reformers, and church-supported schools played in their people’s histories (p. 201).” Because they did these things while proclaiming the name of Jesus, they implicated Jesus in their oppression of Native Americans.
White Jesus has blood on him.

I couldn’t stop thinking about Dr. Tarango’s words. I thought about them throughout the rest of the panel; throughout the excellent panel on race and evangelicalism the next day, and even now–as I am sitting in the airport waiting to fly home–I can’t stop thinking about her words. I have written before how we, as Christians, carry the name of Christ. His name is our name. Of course our sins are forgiven. But forgiveness doesn’t mean our sins don’t have consequences. Forgiveness washes away the sin, but it doesn’t wash away the pain and suffering we cause others. Forgiveness doesn’t erase what happened.

The most frequently cited biblical passage in late medieval English sermons is Matthew 25:34-41. We like the part about the sheep. Jesus recognizes his sheep and calls them his own. What you did for the least of these, Jesus says, you did for me. We don’t like talking so much about the goats. Those are the ones who thought they knew Jesus, who thought they were doing the work of Jesus.

Are you troubled yet?

Did you know that white evangelicals are the most likely to blame the poor for being poor? Instead of helping them, we “blame a person’s poverty on individual failings.”

Instead of accepting the horrific reality of racism and working toward reconciliation, 60% of evangelical protestants steadfastly claim that “there is not a lot of discrimination against black Americans.”

What will evangelical Christians say to Jesus?

Instead of protecting either the stranger or our neighbor, we have built theologies of oppression. For example. it was our theologies about female submission and male headship that allowed Beth Moore, clearly called by God as a powerful preacher and teacher, to be dismissed, ridiculed, disrespected, even harassed. A victim of Christian misogyny. These attitudes, Moore writes, shouldn’t be dismissed lightly. “The attitudes are growing from the same dangerously malignant root. Many women have experienced horrific abuses within the power structures of our Christian world.”

It wasn’t too long after Moore wrote her “A Letter to My Brothers” that the Independent Baptist Sex Abuse scandal broke. “412 allegations of abuse across nearly 200 churches and institutions,” wrote Kate Shellnut in Christianity Today. Raped teenage girls. Raped little girls, the age of my daughter and smaller. Families destroyed. Pastors protected. “From Connecticut to California, the stories are tragically similar: A music minister molested a 15-year-old girl in North Carolina and moved to another church in Florida. Another girl’s parents stood in front of their Connecticut congregation to acknowledge their daughter’s ‘sin’ after she was abused by her youth pastor, beginning at 16. This year, four women accused a pastor in California of covering up sexual misconduct and shielding the abusers over almost 25 years.” More than 200 complicit evangelical churches and institutions. Complicit in raping and sexually assaulting women. Mostly committed by pastors. Pastors who prayed each week for their congregations in the name of Jesus.

And this is probably just the beginning. ‘Me too’ has showed us how deep and wide is the misogynist mistreatment, oppression, and sexual assault of women in evangelical Christian churches.

White Jesus has blood on him. I am terrified that Evangelical Jesus does too.

Stay tuned for my next series The Historical Problem of Patriarchy for Evangelical Christians starting February 6.